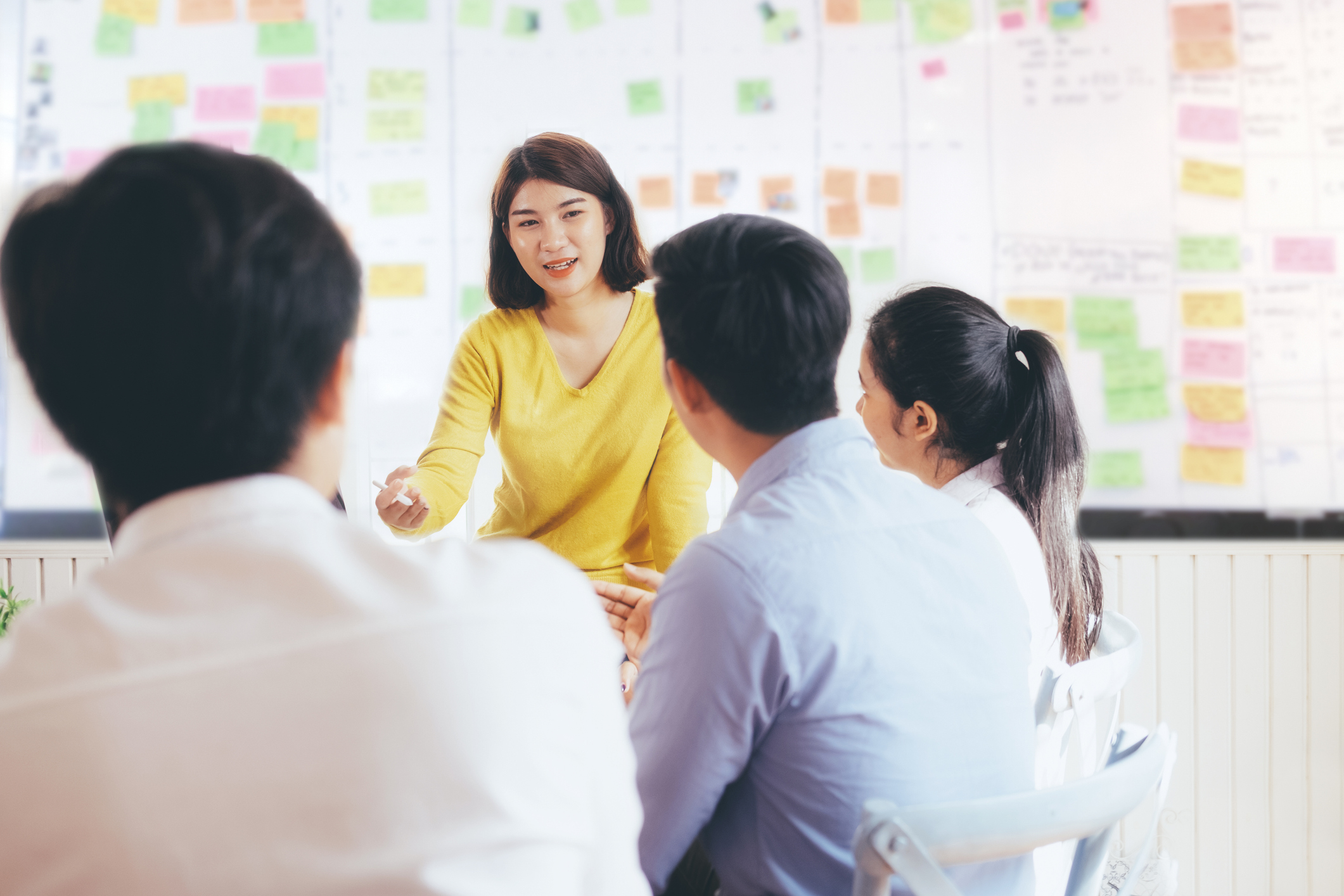 Agile methods and frameworks have existed for several decades. The V-model, Rapid Application Development (RAD), and the Spiral model are three such methodologies which predate the 2001 creation of the Agile Manifesto. Because agile methods have been around for quite some time in the technology sector they are often viewed as being exclusively for software development and Information Technology (IT) organizations. However, several companies now realize merely adopting agile methods and frameworks are not enough to sustain competitiveness in an unstable business climate. Agility requires a wholesale replacement of a management paradigm invented in the Industrial Era but has evolved very little since that time. Organizations need to rethink every aspect of their operating model. Agility requires more than process adoption. In this article, we’ll explore what this means to managers and leaders.

What’s interesting about agile teams is they don’t have a designated leader. For example, on a Scrum team, there are three formal roles – Product Owner, Scrum Master, and the team. The Product Owner prioritizes and sequences the backlog but does not lead the team; the Scrum Master is focused on team improvement and impediment removal but does not lead the team; the team is accountable for creating value for the customer, but there is no one designated leader of the group. The strength of the team is the diversity of the individuals. One individual may be better suited to lead the team in one situation while another team member may be best suited to lead in a different situation. The team is self-organizing and determines the best way to proceed.

The Scrum Master role is a servant leader role; their responsibility is to be of service to the team. Removing impediments is one critical service the Scrum Master provides to the team, allowing them to focus on what’s critically important—delivering customer value. The Scrum Master actively works to improve the team from how individual team members interact to helping the team identify ways to enhance their processes and to develop and enhance critical skills. The Scrum Master also shields the team from organizational distraction and interruption. Because of the enormous responsibility held by the Scrum Master, the role is best filled by someone with courage. Do not underestimate the importance of this role to the success of the agile team. Without an effective Scrum Master, a team is left to fend for itself. Especially for a team early in its formation, a group left to fend for itself will struggle with an inability to focus on work due to numerous distractions and struggle to become productive.

The Changing Role of Manager

So, how does agile impact the role of a manager? In a traditional project-driven organization the role of the manager, often referred to as a “resource manager,” is to maximize the efficient use of individual skill set. If someone was hired to be a developer, that individual is assigned to project A. If there isn’t enough work on project A to consume the developer’s time they are assigned to project B.

There are several things about this scenario which severely inhibit agility. First, projects that are not dependent on each other now have a soft dependency because one individual is working across two projects. Secondly, agile transformation changes the operating model from project-centric to product-centric work. This requires teams to become long-lived, stable, and cross-functional with respect to skill set. Essentially, the traditional iron triangle is flipped. Instead of holding the project scope fixed and estimating cost and time, the cost is held fixed by establishing a stable team, time is held fixed through a two-week iteration (or Sprint) length, and the scope a team can complete is estimated. Finally, because individuals are being shared across projects, there is a very high likelihood the organization believes it has more capacity to do work than it does. Excessive work-in-progress (WIP) chokes a delivery system, thereby slowing value delivery. How does the role of the manager change to accommodate agility? Below are just a few ways managers are impacted.

Traditionally, managers were expected to manage. Directing and controlling work was one of those expectations. The expectation in an agile organization is managers no longer direct and/or control work; rather, they coach and mentor individuals. This is done both formally and informally.

Although the individual is of critical importance the unit of capacity in an agile organization is the team. Teams will need to be formed which are comprised of requisite skill sets to get work completed from start to finish, avoiding handoffs and delays. Managers, in cooperation with Scrum Masters, work to grow team performance.

Teams will bring organizational barriers continuously to Scrum Masters. However, many of these escalated impediments will be outside the positional authority of the teams and Scrum Masters. In this case, the obstruction would become the responsibility of management to either remove.

Here are some additional resources to explore: